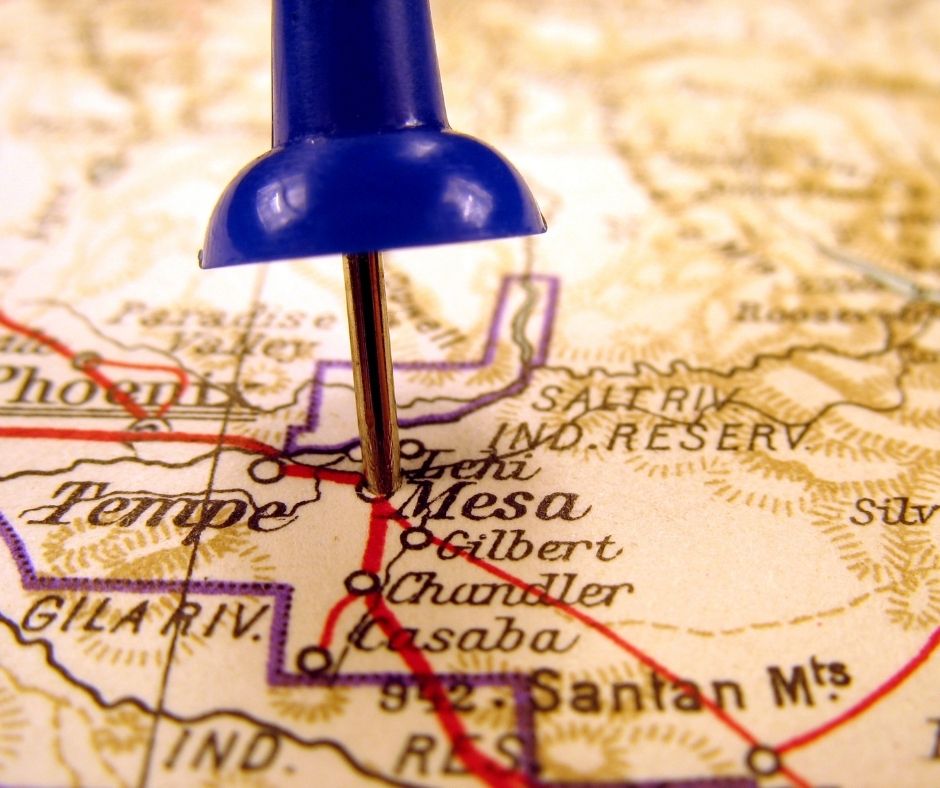 Welcome to Mesa Arizona. Mesa is home to about 500,000 residents located in Maricopa County. It is considered one of the top places to retire in America and one of the best cities in Arizona. If you are relocating to Mesa or considering Mesa Arizona over some of the other cities around Maricopa County, read on below the listings to learn more. I'd love to show you around Mesa Arizona and offer tips and suggestions on relocating to Mesa, and all Mesa real estate.

Included below are homes for sale in Mesa. If you would like more information on any of these Mesa real estate listings, just click the "Request More Information" button when viewing the details of that property. We can provide you with disclosures, past sales history, dates and prices of homes recently sold nearby, and more.

And, if you haven't already, be sure to register for a free account so that you can receive email alerts whenever new Mesa listings come on the market.

Realty One Group
All Featured Communities 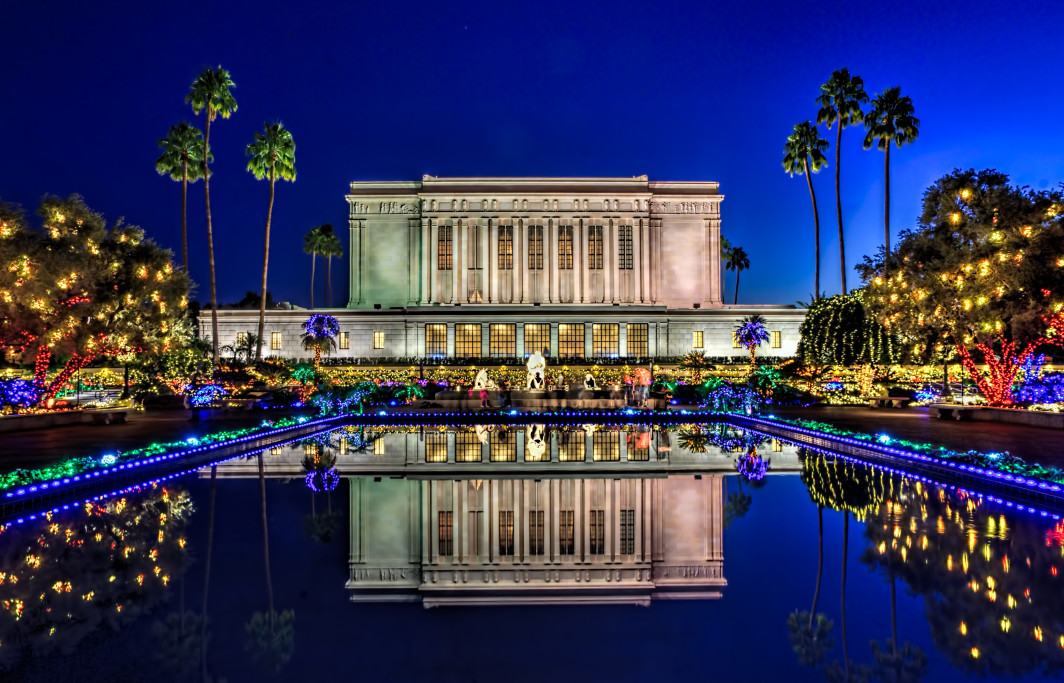 "Mesa, Arizona is an amazing city. It is the third-largest city in the state. and is filled with museums, artwork, hiking opportunities, and delicious food and drink. You may be in the middle of the desert, but Mesa even has two rivers! Mesa has many attractions and provides many places to enjoy the beautiful landscapes and places to visit for culture.

I have been impressed by the new light rail that has provided easier travel for commuters as well as boosting the local business profits. It is considered to be a positive addition to the city of Mesa. Welcomed By Sculpture On The Streets, You might just see Humpty Dumpty or a mama bear waiting on a Mesa street corner. But don’t worry that you’re starting to hallucinate from the sweltering Arizona heat—they’re part of the 38 sculptures in the city’s Growing Permanent Sculpture Collection. Bring a map and find all of them." - Niche.com

It's easy to see why folks love Mesa but there's much more to Mesa than delicious food, hiking and outdoor opportunities, or one of the best places to retire. The earliest history of Mesa dates back at least 2000 years but really got its start back in 1877 when settlers from St. George Utah moved into the Arizona area. They traveled south and settled on the north side of present-day Mesa. It was originally known as Fort Utah and later as Jonesville and in 1883 was renamed again Lehi at the suggestion of Brigham Young Junior. In 1878, Mesa City was registered as a one square mile town and the first school was built in 1879. Mesa City was incorporated in 1883 with a population of just 300 people. Dr. Ajay Chandler, the founder of the city of Chandler, worked on widening the Mesa Canal in 1895 to allow enough water flow to build a power plant. In 1917 Mesa purchased the utility company and revenues from the utility company provided enough for capital expenditures until the 1960s. In the 1940s, more military personnel begin to move into the Mesa area with the opening of Falcon Field and Williams Field. Population growth exploded after the invention of air conditioning (obviously) and early aerospace companies grew in the 1950s and 60s. As late as 1960, half of Mesa residents made a living with agriculture however, this industry has declined substantially as Mesa suburban growth continued on track with the rest of the Phoenix area. 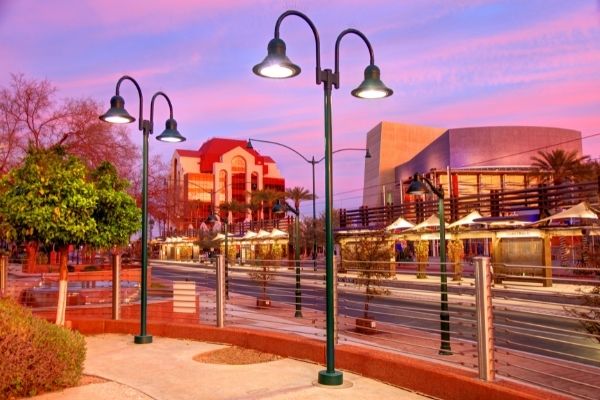 Today, Mesa is a thriving community with half a million residents and excellent job growth in places like the Banner Health System, Mesa public schools, the City of Mesa, Boeing, and Walmart. With local attractions, beautiful top biography and landscape, cultural attractions, museums, theaters, restaurants and shopping, residents don't have to go far for services and fantastic amenities.

The Golfland Sunsplash is a great way to cool off throughout the summer and features a fantastic waterpark along US 60. Mesa has several public libraries, unique archaeology sites, the Mesa Arts Center and Amphitheater, and dozens of parks with golf, playgrounds, sports courts, and even lakes. Mesa is home to numerous championship golf courses including the Mesa Country Club, Dobson Ranch, Superstition Springs, Alta Mesa, Desert Sands, and Royal Palms just to name a few.

Mesa is home to the largest school district in Arizona with over 10,000 employees. It has several higher learning opportunities and almost all of the public schools are operated by the Mesa Public School system. There is a small southern portion of Mesa served by the Gilbert Public Schools and the Queen Creek Unified School District, the Tempe Elementary School District and the Tempe Union High School District. There are several private schools, the Mesa community college, the Polytechnic campus of Arizona State University, an aviation school, and five private, liberal arts institutions. The Mesa Community College is the largest of the 10 community colleges in the Maricopa County Community College District, the largest community college district in the United States.

Some of the top-rated schools in Mesa include the Gilbert Classical Academy High School, BASIS Mesa, Self Development Academy, and ASU Preparatory Academy. Multiple schools receive A by Niche.com or a 10 out of 10 by great schools.org. 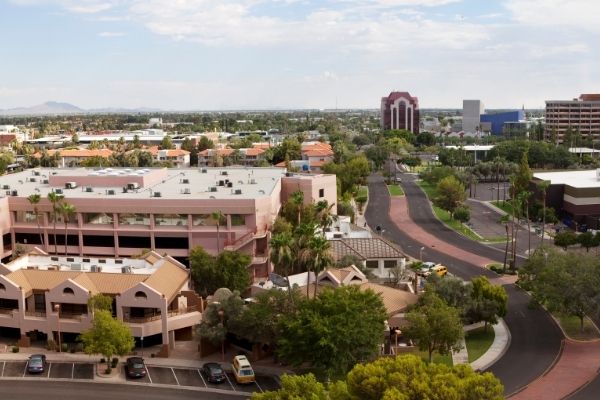 Mesa, Chandler, Gilbert, Tempe, Phoenix, Scottsdale… They're all in the same major area so why choose Mesa? Behind Phoenix and Tucson, Mesa is the third-largest city in Arizona and the 38th largest city in the US. It spreads out over 133 mi.² so there are lots of places, neighborhoods, and communities to choose from. Money also goes a lot further in Mesa with a relatively low cost of living. Obviously, as with the other areas, it's warm here and even during December, people may wear a light jacket or sweater but that usually optional. The area gets little annual rain so if you're a fan of the sun, you come to the right place. Money Magazine named Mesa the best Southwest big city to live in and has all the advantages of a larger city with great schools, surprisingly affordable homes,

Mesa also has a fantastic restaurant scene. You can find just about any type of food in Mesa Arizona from Japanese and Greek to Italian and Cajun, burgers and pizza, Vietnamese and Indian. Plus, they have a great selection of vegetarian and vegan options.

Mesa has a variety of homes, subdivisions, gated communities, condominiums, villas, townhouses, and patio homes to choose from. Being a great retirement community, there are a lot of single-story homes in gated communities, 55+ properties, and the options are pretty much endless. The median home value is about $225,000 and 61% of residents own their own homes. The median rent is just over $1000 so whether you're renting or buying, housing in Mesa is fairly affordable. Of course, you can find fantastic one and two-bedroom condominiums for less than $200,000 up to multimillion-dollar estates and mansions in golf course gated communities.

For more information on Mesa real estate, homes for sale in Mesa, or living in beautiful Mesa Arizona, browse the website, check out all the listings, or simply contact us below to get in touch with the buyer's agent in the Mesa area. 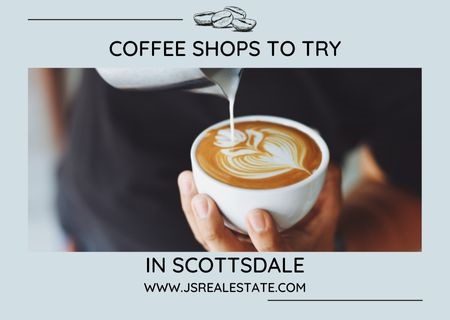 Coffee Shops to Try in Scottsdale 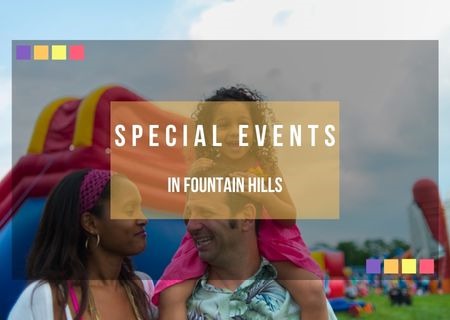